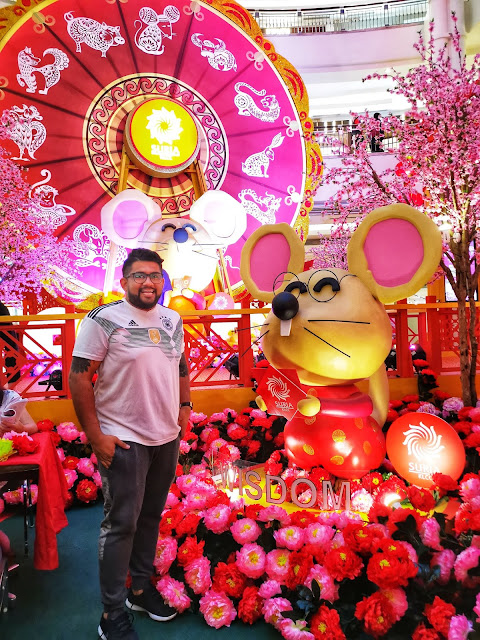 It is a joyous celebration this Chinese New Year at Suria KLCC and it kicks off with an array of exciting activities held from 3 January – 2 February 2020 whereby visitors are in for a fantastic time as they get a taste of century old Chinese traditions with a modern twist. Aptly themed “The gReAt Lunar New Year”, this year’s celebration is in line with the ‘Visit Malaysia 2020’ tourism campaign to promote the uniqueness and beauty of Malaysia’s cultural diversity which is translated into the grand decorations at the Centre Court of Suria KLCC depicting the ancient majestic octagonal-based Chinese pagoda. 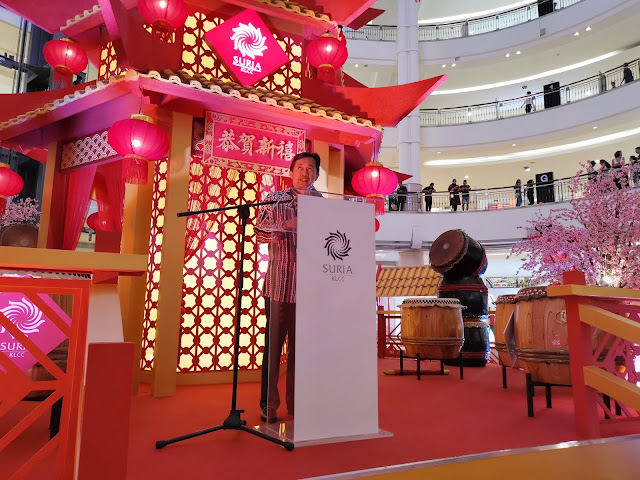 In his welcoming speech, YBhg. Datuk Haji Hashim Wahir said, “The Rat Year is significant because it is the first sign from the 12 animals’ cycle of the Chinese Astrology, and for this reason, 2020 is a year of new inception and renewals. With this, we have in store plenty of fortune telling opportunities for visitors as they gain wisdom on their prospects and take confident steps forward into the year.”

The Centre Court will be the festivity’s mainstay as various highlights and activities will be located here. Visitors and shoppers can also snap pictures with Malaysia’s Tallest Pagoda Replica at the KLCC Esplanade which has been recognised in the Malaysia Book of Records 2020. At 70-feet high and exquisitely decorated with Chinese lanterns and peonies, prepare to be bedazzled by its glorious height and beauty. 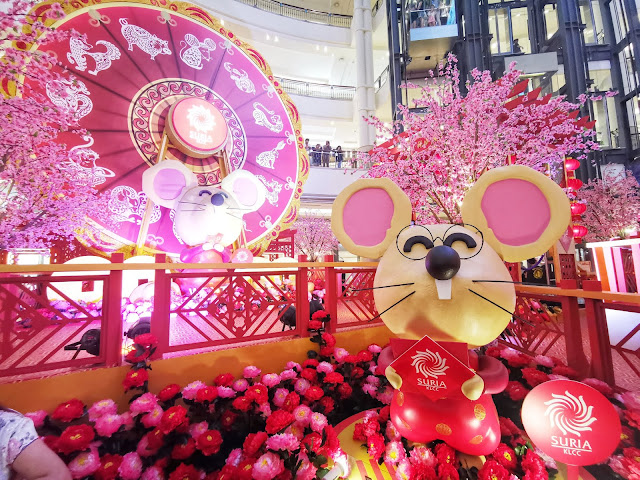 Those hungry to know what the Year of the Rat may bring would be thrilled by the “Interactive Zodiac Reading”, a cutting-edge interactive experience which will guide visitors through the ancient art of Chinese zodiac and expound on their fortunes in the area of relationship, health, wealth and more. The “Lucky Angpow Pick and Win” on the other hand will be available everyday throughout the campaign as visitors get to pick and receive an e-angpow from selected stores after completing the “Interactive Zodiac Reading”.

For an even more bespoke experience, drop by “The gReAT Fortune Teller” booth for a oneon-one consultation with a master fortune teller. These sessions will be running for two hours on selected Saturdays and Sundays throughout the campaign, so seize your chance as soon as you can. Other sights and sounds to watch out for are the lion dance performances and 24-drum circles that will go on till the end of campaign. 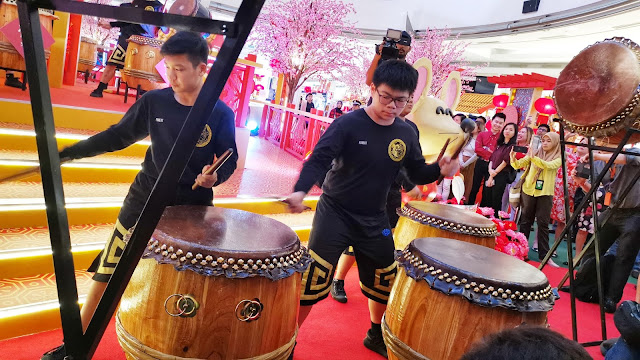 Visitors will also get to walk away with photo print outs taken at the “Prosperity Photobooth”. For art enthusiasts, there will be Chinese calligraphy workshops on selected Saturdays and Sundays. In conjunction with the Rat Year, statues of cute mice are placed at each of Suria KLCC’s main entrances i.e. at the Ramlee mall, Ampang mall and Park mall to welcome visitors and shoppers alike.

SHOP AT SURIA KLCC AND GET REWARDED INSTANTLY!
Enjoy exclusive rewards when you shop at Suria KLCC this Lunar New Year. From now until 2 February 2020, spend RM1,500 and above in two receipts at any specialty stores in Suria KLCC to receive an exclusive Pandora Charm, a set of angpow packet and a set of Chinese New Year greeting couplets. 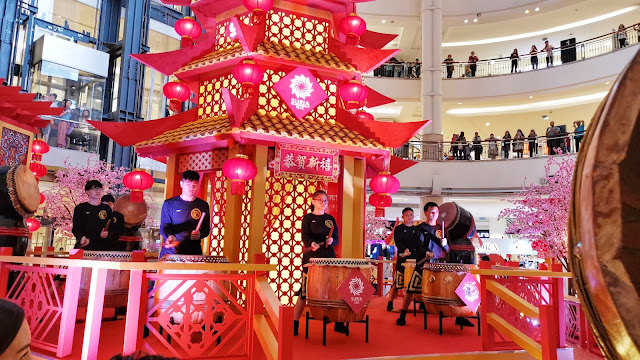 COMMUNITY INITIATIVE
Community-driven initiatives have always been Suria KLCC’s priority and this time around, there is no exception. Suria KLCC will donate to the Children’s Wish Society of Malaysia fulfilling wishes of terminally-ill children across the country and at the same time raising awareness on the plight of the unfortunate children who face hardship, pain and the prospect of not being able to fight the illness that has afflicted them. The donation is a continuation effort by Suria KLCC following its contribution of RM20,000 during the recent Christmas celebration on 3 December 2019. In total, Suria KLCC has contributed RM40,000 to the CWS Malaysia as part of its CSR activities in giving back to the community during the festive season. The donation will help Children’s Wish Society of Malaysia to grant the wish lists of the terminally-ill children which often include iPads, tablets, smart phones, Lego sets, bicycles and many more. Members of the public who wish to donate directly or find out more about Children’s Wish Society of Malaysia, may do so by contacting them at +603-5632 4941 or email at cwsmalaysia@cwsmalaysia.com. 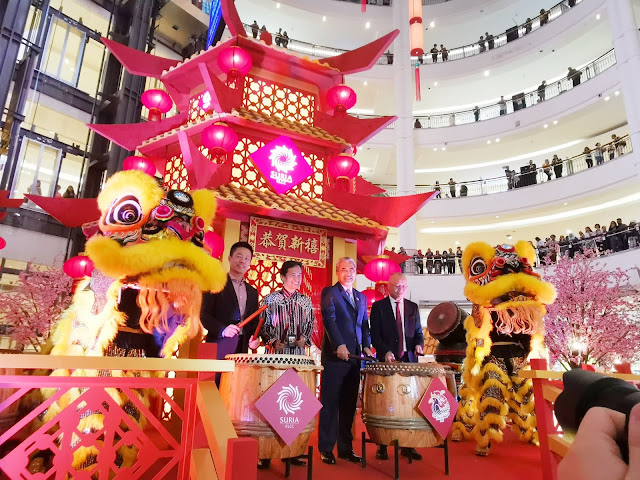 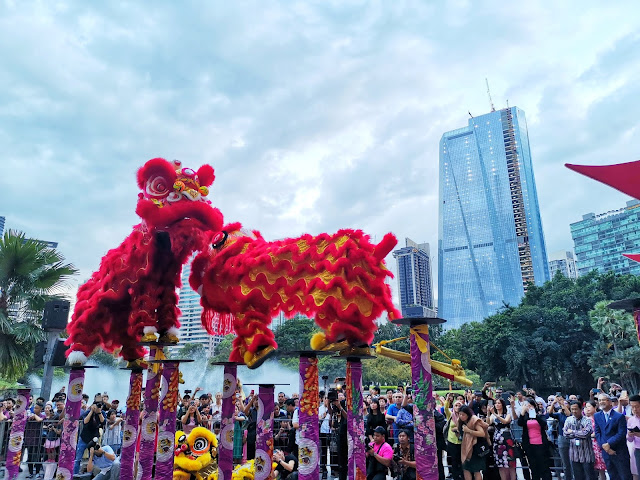