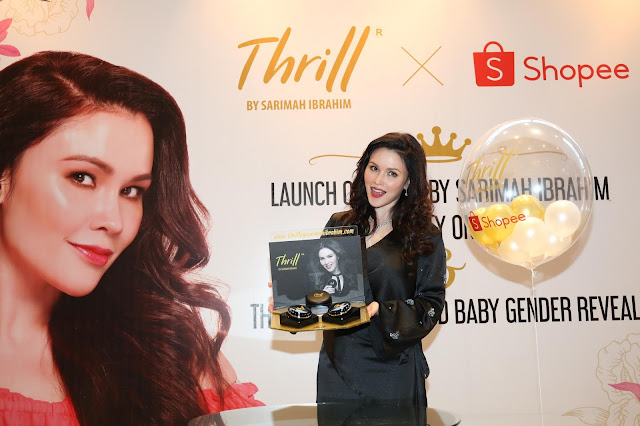 IT’S A GIRL!
Che Puan Sarimah Ibrahim reveals gender of her baby, launches official store on Shopee and announces new price of products.
After months of anticipation, the gender of Che Puan Sarimah Ibrahim’s royal baby has been revealed to Malaysians.  The big revelation comes after much speculation on the baby’s gender when the Malaysian-Irish born television presenter and emcee announced her pregnancy on her Instagram account in February.

In an event held at Damansara Perdana, the glowing mother-to-be together with husband Yang Mulia Tunku Nadzimuddin Tunku Mudzaffar popped a giant balloon in front of guests, close friends, fans and the media to reveal that they are expecting a baby girl. 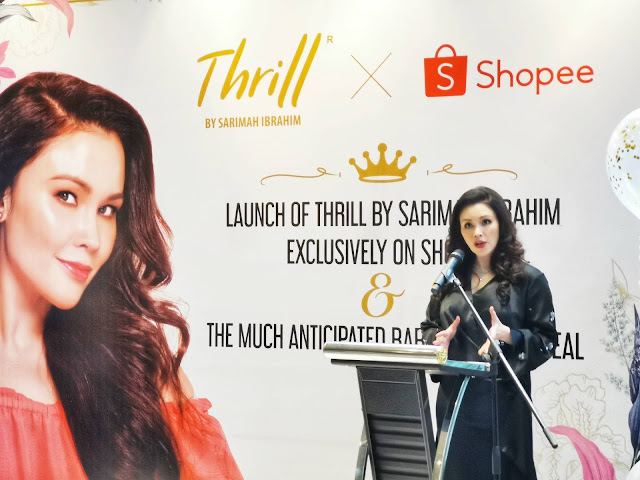 The evening soiree was definitely a double dose of joy as prior to the unveiling of the royal baby’s gender, Che Puan Sarimah Ibrahim launched her official store on Shopee, the leading e-commerce platform in Southeast Asia and Taiwan. The store will feature her makeup collection “Thrill by Sarimah Ibrahim” and it will be made available online exclusively on Shopee.

Introduced in 2018, the collection includes Thrill Superstar Treatment Cushion Foundation and Thrill Perfecting Finish Compact Powder that were both lauded for their skin-benefiting properties. Fans, or also known as Thrillists, will now be able to get their hands on their favorite foundation for RM75 and compact powder for only RM70 instead of RM95 and RM90 respectively. Guests at the launch who guessed the baby’s gender correctly before the big reveal also received Thrill products. 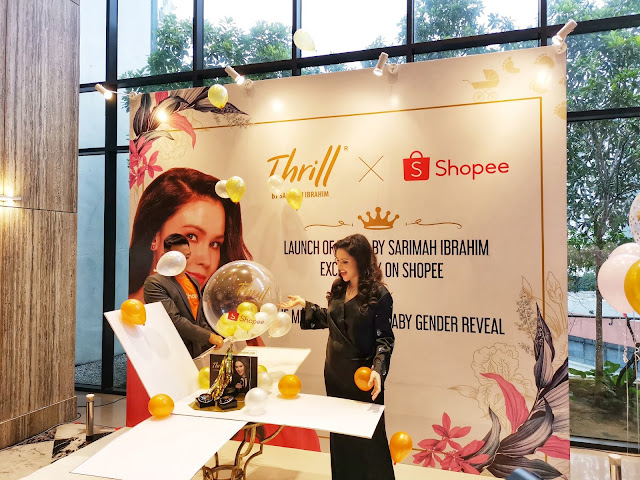 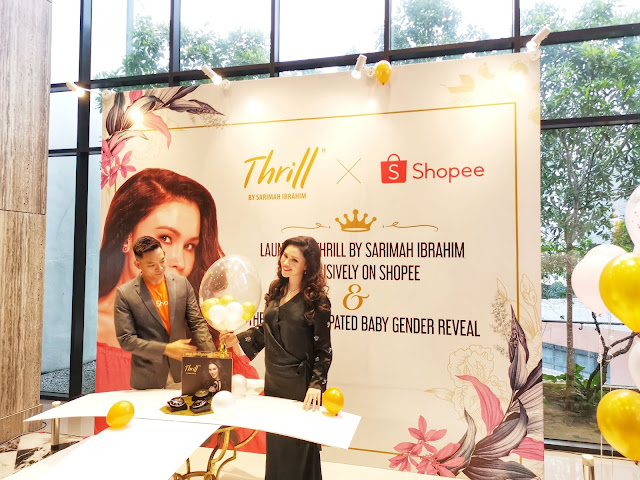 With the launching of Thrill by Sarimah Ibrahim official store, Che Puan Sarimah Ibrahim joins a string of other celebrities on the Shopee Celebrity Squad. The platform was launched in May 2018 and serves as a platform for celebrities to promote and sell their specially-curated products to fans and Shopee users. To-date, it has attracted over 30 celebrities and counting, including Dato’ Sri Siti Nurhaliza Tarudin, Datin Hajah Fouziah Gous, Dato’ Seri Vida, Dynas Mokhtar, Fynn Jamal, Nana Mahazan, Shalma Ainaa, Tyra Kamaruzzaman, Zoey Rahman, Hanis Zalikha and Sophia Liana.

Che Puan Sarimah Ibrahim, Founder, Thrill by Sarimah Ibrahim said, “Online shopping is becoming more popular because of the convenience it offers to users, especially those who lead a fast-paced lifestyle. With around 20 million users on Shopee, it is indeed thrilling to know my own cosmetics brand will be able to reach and offer makeup options to even more women who are always on the run like myself without compromising the condition of their skin. I am really looking forward to this new and exciting collaboration with Malaysia’s leading e-commerce site.” 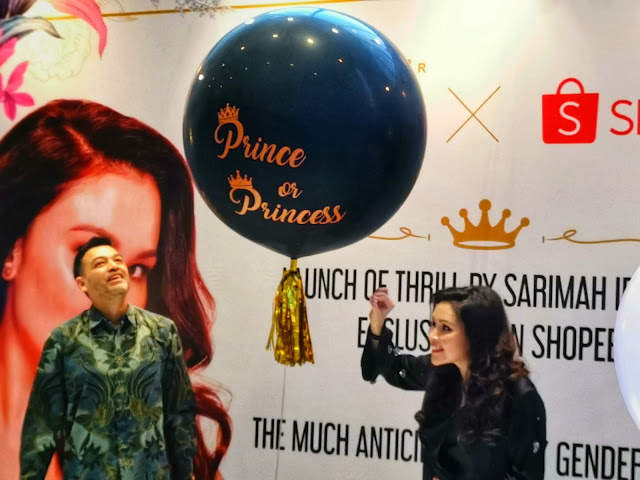 The royal baby’s gender reveal and launch of Che Puan Sarimah Ibrahim’s official store on Shopee may have been an intimate affair but it certainly was not kept from Malaysians across the country who also witnessed the special moment wherever they were at. Fans tuned in to the entire event live on Shopee’s in-app live stream. They had fun guessing the baby’s gender, interacting with the celebrity herself as she addressed fans’ comments live, shopping for her products during the live stream and winning attractive prizes and vouchers when they shared Shopee Live on their Instagram.

In conjunction with the “Thrill by Sarimah Ibrahim” launch on Shopee, Thril lists get to enjoy up to 30% discount on all normal-priced items from 30 May to 5 June 2019. The foundation will be at RM52.50 while the compact powder is RM45. To become a Thrillist, visit https://shopee.com.my/sarimahibrahim.os or check out Thrill by Sarimah Ibrahim Instagram and Facebook page.
Event Malaysia Product