IT’S GAME ON FOR YOODO USERS! 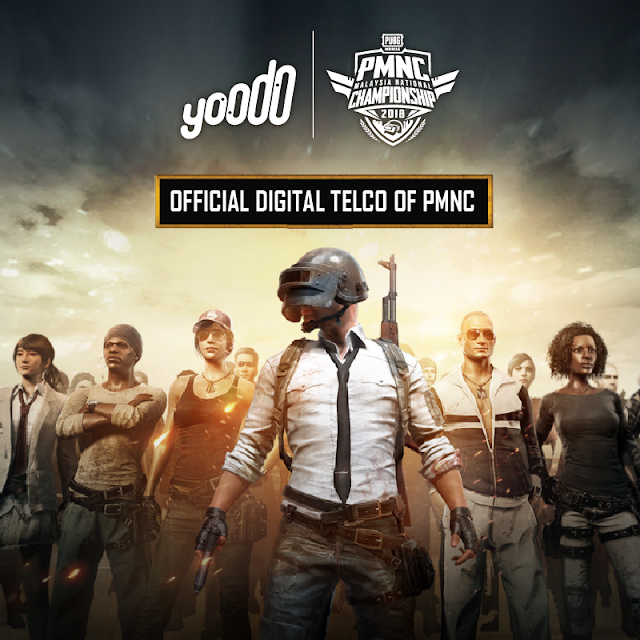 Yoodo’s Sponsorship of Malaysia’s First Official PUBG MOBILE National Championship is first of more to come
19 December 2018, KUALA LUMPUR – Yoodo - Malaysia’s first truly customisable digital mobile service just announced that it is the Official Digital Telco for Malaysia’s First Official Player Unknown’s Battlegrounds (PUBG) MOBILE National Championship (PMNC) organised by PUBG Corporation and Tencent Games. This is great news for gamers and will be the first of many features and partnerships to come as the brand plans on getting into gaming in a major way.

PUBG MOBILE is highly popular among gamers and the First Official MOBILE National Championship will see close to 256 teams from all across Malaysia competing for the whopping RM60,000 total prize pool. Grand Prize winners will also walk away with a free 1-year mobile plan from Yoodo.

Commenting on the announcement, Mr Chow Tuck Mun, Head of Yoodo said, “We are proud to be working with Tencent Games, the world’s largest gaming company and equally excited to be sponsoring PUBG MOBILE being one of the world’s most popular multiplayer games.   E-Sports is growing in popularity in Malaysia and we want to be a major part of mobile gaming in our effort to continuously excite our fast-growing Yoodo community.”

The move to sponsor the tournament of this highly coveted mobile game is a clear message of the brand’s confidence in its streaming speed and strength.  Tuck Mun added that gaming will be one of the important lifestyle areas of focus for Yoodo next year and users can expect a stream of add-ons, features and activities.

“We will be introducing a PUBG MOBILE add-on, a first of its kind in Malaysia. This add-on will allow Yoodo users greater freedom to game with increased data quotas dedicated to the game,” he said. “If it’s good enough for gamers, it will far exceed a normal user’s expectations,” he added. 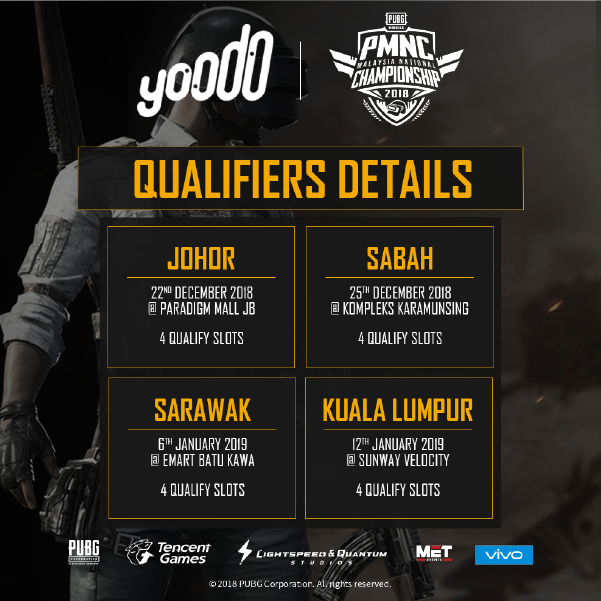 The PMNC tournament qualifiers will start on 22 December in Johor Bahru, from there crosshairs will turn to Sabah (25 December), Sarawak (6 January) and Kuala Lumpur (12 January) where gamers will vie for the chance to showcase their talents on a national level at the grand finale on 26 January in Kuala Lumpur. 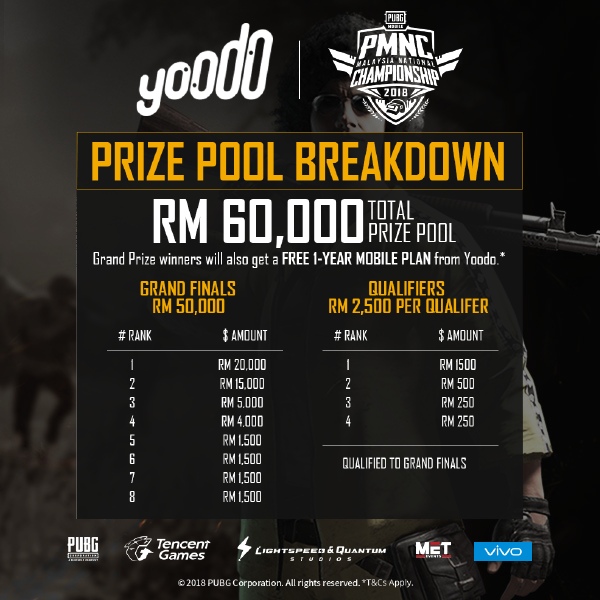 About Yoodo
Launched in January 2018, Yoodo is an independent digital mobile service that is owned and operated by Celcom Axiata Berhad. It offers the country’s first truly customisable mobile service, with complete transparency, flexibility and customer convenience.
For more information on Yoodo, log on to yoodo.com.my or look up yoodoMY on Facebook, Instagram, YouTube and Twitter. 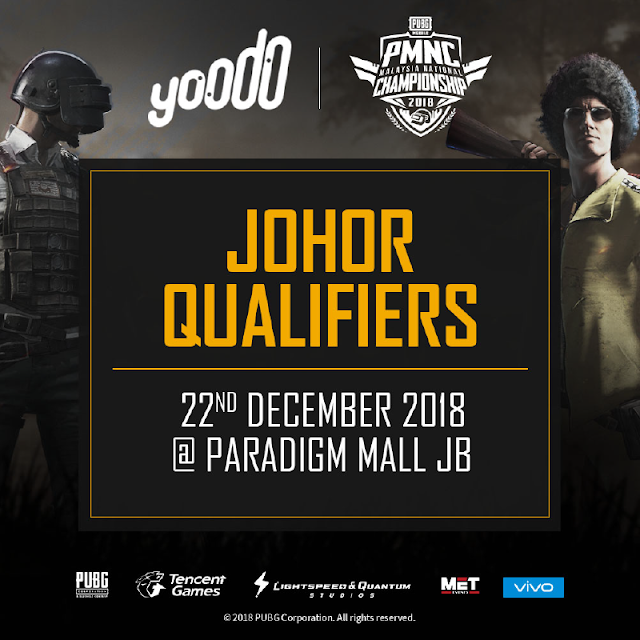 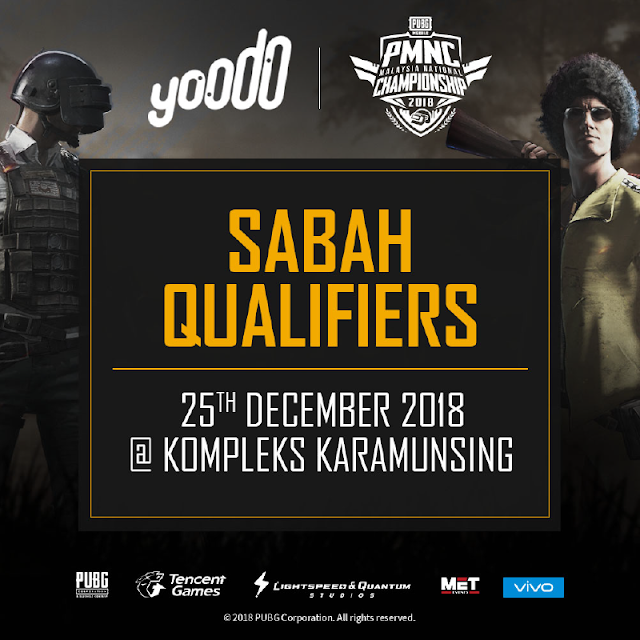 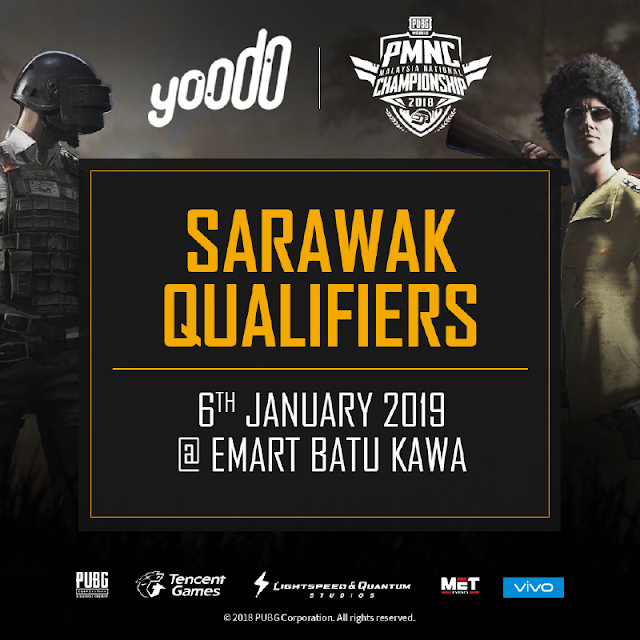 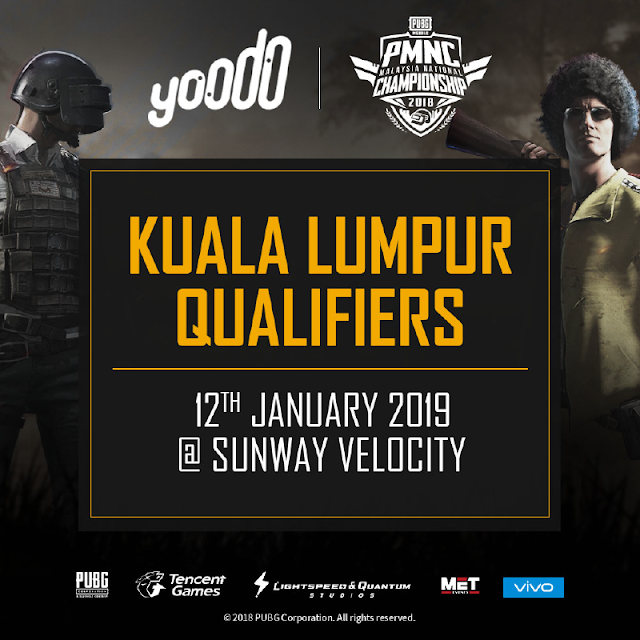